ZK/U Zentrum für Kunst und Urbanistik – Once a month during summer, from May until October, the Gütermarkt takes place. It is not only a flea-market, but a community meeting point combining second-hand sale with local handcrafted items and repair-spots for bikes, electrical devices, and wood, among other things, and services such as tailoring or hair-dressing. The Gütermarkt functions as a platform where the neighbourhood gathers for an atmospheric Sunday on the terrace of ZK/U or in the surrounding park. It creates a space for encounters that would otherwise not take place at all.
Diversity food Park Repair Music Neighbourhood Bikes Craftsmanship Social Affordable
Context Album Steps Contact

It all started with a research project called Moabiter Mix that looked at the Moabit neighbourhood of Berlin. We were looking for ways to mix diverse groups of people, including different social classes, ethnicities, youth, migrants and labourers. People’s usage of space and their behaviours in the public realm were in danger of being simplified and reduced as a consequence of gentrification. As such, actions in the neighbourhood were becoming less interesting and citizens were becoming segregated. To help maintain neighbourhood diversity, we wanted to set up a community market. We partnered with the ZK/U Zentrum für Kunst und Urbanistik, a cultural institution and artists’ residency space with a local as well as international public. After three years of organizing the format, local citizens knew about its existence. By now, the Gütermarkt has drawn out the most diverse range of attendees ZK/U has ever seen. It brings together school teachers and small business owners, refugees who do not speak German and artists from all over the world. This invaluable exchange does not take place anywhere else in the neighbourhood.

We used the existing hall of the cultural center 'ZK/U', which allowed us to use the electricity, toilets and provided us with a communcal kitchen.
The market can also be outdoors, if the stands have a roof.

The organizing team consists of a coordinator and an assistant. They are planning the event. On the day of the event, an additional technician/ helper is required to set up the stages and of course, last but not least the vendors make the experience unique. At the Gütermarkt a broad variety of vendors are involved. The local craftsman selling handmade lamps, a hairdresser, a repair-service for electrical devices and a local tailor.

Toilets, energy-spots, market-stands eg. custom built with a roof when outside, chairs, a list of participants, a stage with a sound system, if there should be music, a cash box and some change.

Look for local funding, that helps the community and neighbourhood grow together. Look for regional educational fonds and similar international projects or networks can join in EU Funding opportunities.
The aim though is to make the market self-funded by selling food and drinks and the income from renting out the stands.

Make sure, that your digital and anlog communication is well balanced and targets particular communities.
An own website helps, but programming means additional time and resources.
Use existing communication channels especially when it comes to a neigborhood level (local newspaper, distribution infrastructure, media)

If the vendors sell fresh food, they need a food licence, showing that they stick to health regulations. Also when using an open air location, eg. a street or parking space an official permit is required. Nevertheless - explore the grey-zones… 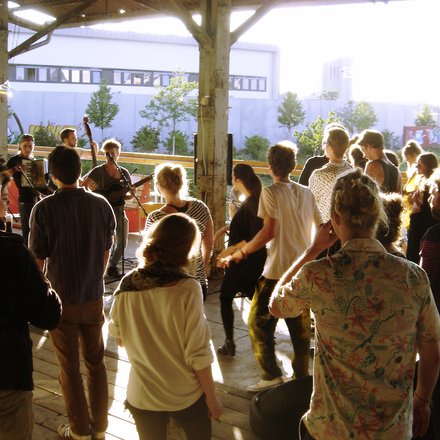 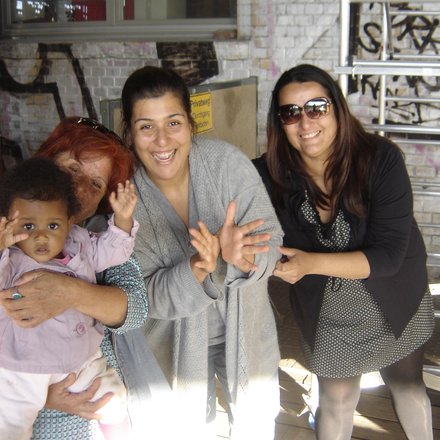 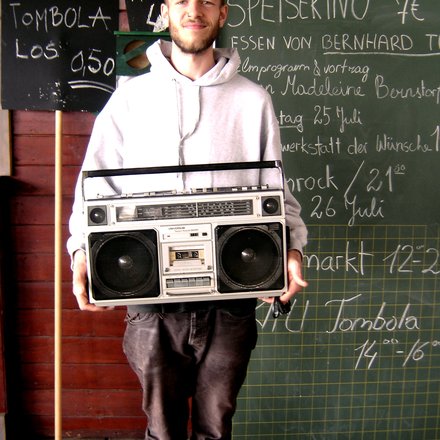 There are many skilful people in Moabit that have been left behind in the process of deindustrialisation. We wanted to give them a stage.