Hartera paper factory – A dictionary that connects two banks of the river Rječina, two streets, seven Local Councils and one paper-making factory. Currently, Kvarterski rječnik consists of thirty spots accompanied with short descriptions. These spots describe important historical, spatial, political or social aspects of the city area, as well as map specific locations seen as potentials and resources for future development. In this way, the spots included in the dictionary become more than set-in-stone narratives and locations, transforming into places of creation and gathering. An important part of Kvarterski rječnik is its growing and participative character, offering a space for addition and co-creation at all times and for all.
Collaborative design creative participation Informal Learning Intervention Local Identity Pedestrianisation placemaking Public space tactical urbanism heritage
Context Album Steps Contact

Since its closing in 2005, the Hartera paper factory in Rijeka survived many interim use scenarios. With it, the connecting Vodovodna and Ružićeva streets became marginalized in the eyes of both the citizens of Rijeka and the municipality. Despite being one of the main pillars of Rijeka's identity, the aforementioned zone and its rich history, people and places remain hidden, untold and unused. During the Kvartera project in the summer of 2020, the dictionary was used specifically to tackle these issues. Hence, the tool was formed to explore and offer new ways of tackling both the past and the present, and thereby the future of the zone. By occupying thirty specific locations and telling their unique stories, the spots of the Kvarterski rječnik serve as tools of both storytelling and doing. Hence, the dictionary serves three specific roles. First, it serves as a new narrative encompassing the spatial zone and thereby framing it as an entirety. Second, it serves as an invitation for a walk, a hike or a bike ride. Third, the spots are used as markers for real-time interventions or actions. For example, throughout the summer the spot talking about public space transformed into the only pocket park in the neighbourhood, the spot describing Rijeka's connection to beekeeping became home to three beehives and the spot talking about urban spots became a new skate playground. Who knows what is yet to come!

Find a place or places that you wish to mark. What makes this place special, unique, problematic or inspiring? Is it a specific view, birds chirping, a historical event, its current state or a future threat? In which way does this read in the space and how will you translate this to your audience? Can you find a perfect spot to mark your word, without violently invading the picked location?

Now you have your place and your word. How to describe it? Begin by collecting information and findings, talk to neighbours and people connected with this place. Go to the archive or call somebody someone recommended. Start writing the text you will gradually make shorter and concise - don't worry, everything you discard might become a future resource for something bigger, expanded and special! While you are finalising your text, make sure you are leaving what is most important and understandable to all. Is there a dialect your home is proud of? Use it! Are there jokes, traditions or traits that define your community? Use them! Can you make a grandma laugh or a child understand it? Can a whole family enjoy your content? What exactly do you wish to translate to them and what do you wish for them to 'take home'? Meanwhile, think about the spatiality of your Dictionary. In which way will it be designed? Which elements does it need produced? What makes it visible, or blended into the surroundings if that is what you wish? Is it temporary or lasting, polished or do-it-yourself? Who and how will produce it? How much will it cost? Try talking with initiatives or institutions that might help you and keep an eye on funds and calls that suite your idea.

Make sure your Dictionary doesn't create any unwanted problems. Do you have or do you need an official approval to setup your stops on the locations you intended? To do so, do you need to contact your municipality, a specific firm or inhabitants of a certain building? What happens when the time comes for an intervention, action or gathering on one of the spots - do you have to inform the authorities? Check your local administrative, heritage and urbanism context!

The time has come to communicate your Dictionary to the world - how will you do so? Spatially, in print or through conversations? Did you offer ways and tools for people to join your initiative - a website, a form to fill in a local bar, a specific time and place to talk about new spots or editing old ones, a phone number written under the texts? Explain to everyone why it is important for them to join. By creating a Dictionary together - a collective text - a place, a story or a problem becomes shared and understood. Create a Dictionary that people can call their own.

Misc What Even is a Dictionary?

Here in Rijeka, maybe it made sense for the Dictionary to look as it looks. How would it look in Paris or in Tbilisi? In a snowy village above the clouds or a mediterranean town? What even is a dictionary? The only thing it can be defined by is a set of explanations or meanings of specific words. Find the medium that fits your community the best. Seek what is natural! 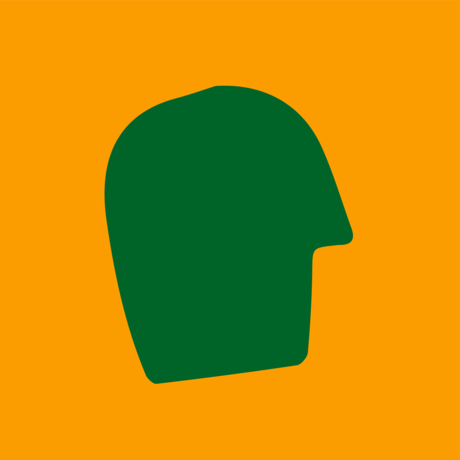